It is worth-mentioning here that, during PNM Meeting of AIRF, held on 28-29 March, 2019, with the Railway Board, the undersigned, while strongly protesting against the discrepancies, demanded withdrawal of the aforementioned letter of the Railway Board and issuance of fresh letter, as usually done in case of Cadre Restructuring of other categories.

Keeping in view the above, you are requested to keep aforementioned circular of the Railway Board in abeyance, as agreed by the Official Side(Railway Board), and issue fresh orders, as usually done in case of restructuring of other categories, at the earliest.

This may be treated as “Most Urgent”.

Copy to: General Secretaries, all affiliated unions – for information. 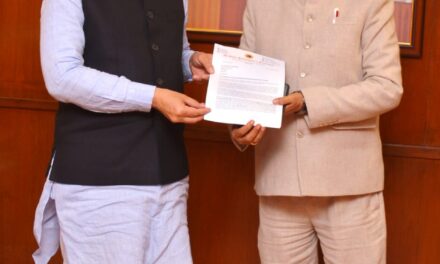 MEMORANDUM TO HON’BLE MOR – Absorption of the Course Completed Railway

Removal of ceiling of PLB to the Railwaymen – Com. Shiva Gopal Mishra writes to MR