PROCEEDINGS OF THE 95TH ANNUAL CONVENTION OF AIRF HELD IN CHENNAI(SOUTHERN RAILWAY) FROM 4-6 DECEMBER, 2019

Discussion with the Railway Board in the matter of Running Allowance

Government decides to fix interest rates at 8.7% for general provident fund and other similar funds 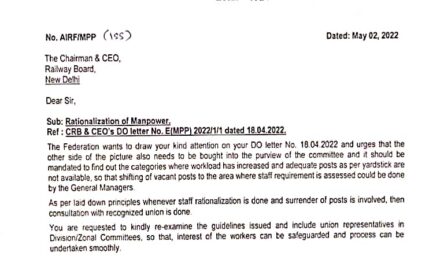