The ball is in the court of Govt, We have no options but Strike – Com. Shiva Gopal Mishra

New Delhi:- With widespread resentment against the “meagre” pay hike announced in the 7th Pay Commission, as many as 33 lakh central government employees are threatening to go on strike from July 11.
“They have fixed the minimum wage at a meagre Rs 18,000 in the 7th Pay Commission. In the last Pay Commission, the basic pay was Rs 7,000. They multiplied it by 2.57 (fitment formula) and came to Rs 18,000. We are demanding 3.68 fitment formula,” Shivgopal Mishra, General Secretary, All India Railway Men Federation and Convenor of National Joint Council of Action (NJCA), told IANS.
NJCA is a front formed by six government staff unions, including Confederation of Central Government Employees (CCGE), All India Defence Employee Federation and National Coordination Committee of Pensioners Association, to oppose the hikes given by the 7th Pay Commission.
“As many as 33 lakh government employees, excluding the defence personnel, will go on strike if we do not get some kind of assurance from the government to reconsider the decision. The major contention is on the minimum wage, which we are demanding to be Rs 26,000,” KKN Kutty, President of CCGE and general secretary of national coordination committee of pensioners association, told IANS.
“We had a meeting with a group of ministers, including the Home Minister (Rajnath Singh), Finance Minister (Arun Jaitley) and Railway Minister (Suresh Prabhu) on the evening of June 30. They said it will be considered and will be referred to some committee,” said Mishra.
“We are waiting to hear back on this from the government by July 4 evening or July 5. In our meeting, it was only a verbal commitment. If the government gives us specific details like which committee will review, etc. then we will decide further course of action about strike. We have a meeting on July 6 to decide on the strike,” Mishra said. He further said that “ The ball is in government’s court and it is totally upto government to bring some concrete formulas, otherwise strike is inevitable”. Railway employees are agitated and anguished no one can stop them from Indefinite strike untill and unless they are given some relief, said Mishra.
“We had met the government on June 9, and suggested various improvements in the 7th Pay Commission’s recommendations. But the government has not given any heed to whatever improvements we had proposed. They have given same hike as suggested by 7th Pay Commission,” Mishra, told IANS.
Shiva Gopal Mishra contends that the prices of essential commodities considered by the Seventh Pay Commission itself were faulty, which has resulted in the meagre rise.
“Price considered of essential commodities by pay commission is not right. They have taken dal price at Rs 97. Where do you get dal for Rs 97?” he said.
The NJCA is also demanding for the withdrawal of the new national pension scheme (NPS), which came into effect from October 2004.
“A lady employee, who got the job after her husband’s death, retired after 12 years of service. She comes under the new NPS scheme as she joined service after 2004. She gets Rs 960 pension per month,” Mishra said.
However while the fate of the strike is still unknown, a central government junior staffer on the condition of anonymity told IANS: “I think strike is the only way out. The only thing that can make government on its knees is stike.”
The Bharatiya Mazdoor Sangh (BMS), affiliated to the Rashtriya Swayamsevak Sangh, the parent body of the ruling Bharatiya Janata Party, has also expressed its “dissatisfaction” at the 7th Pay Commission’s recommendations.
“A huge gap has been created between the minimum and the maximum wage after the government approved the Seventh Pay Commission Report’s recommendation,” BMS general secretary Virjesh Upadhyay told IANS earlier.
However, BMS is not expected to go on strike as it is not a part of the NJCA.
The Union Cabinet has decided to constitute three separate committees, including one to look into the anomalies likely to arise out of enforcement of the commission’s report.
“The two separate committees constituted includes for suggesting measures for streamlining the implementation of National Pension System (NPS) and to look into anomalies likely to arise out of implementation of the Commission’s Report,” said an official statement earlier.
The cabinet approved the Seventh Pay Commission’s recommendations for central government employees on July 29, which will impact some 47 lakh central government employees and 53 lakh pensioners. 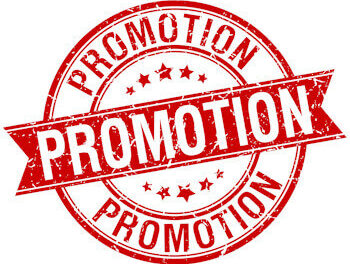