MEMORANDUM TO HON’BLE MOR – Absorption of the Course Completed Railway 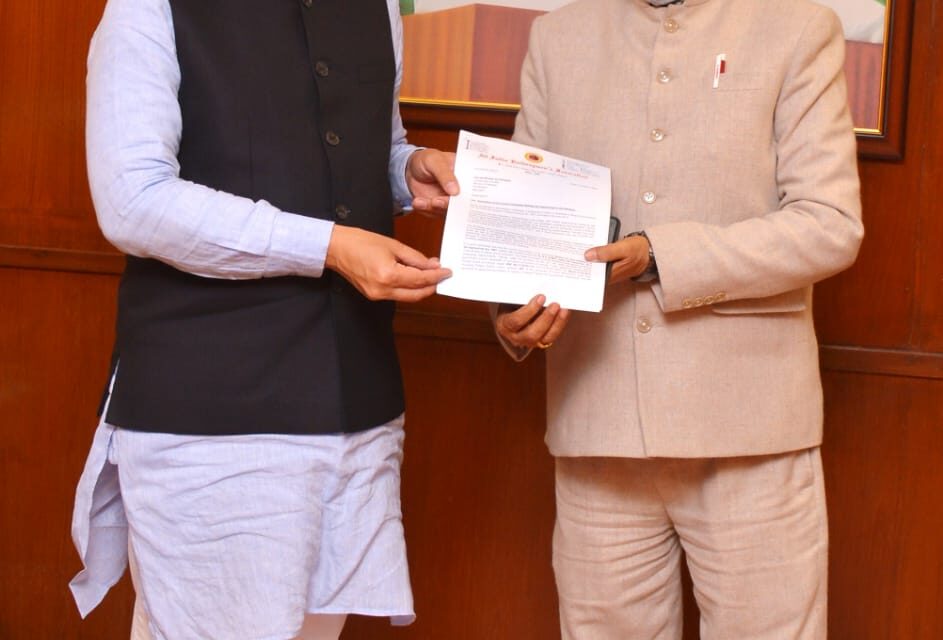 Sub: Absorption of the Course Completed Railway Act Apprentices in the Railways

As per allotted slot by the Ministry of Railways, a substantial number of candidates undergo Apprenticeship Training under the provision of Apprenticeship Act, 1961; amended in the year 2014.

The training is normally imparted in Electric/Diesel Loco Sheds, EMU Sheds, Maintenance Depots as well as Maintenance Workshops and Production Units etc. The candidates undergoing Apprenticeship Training acquire a good technical and operational knowledge of the Railway working during the course of training. They are also subjected to series of intermittent tests while undergoing Apprenticeship Training. They have to undergo final examination conducted by the RDVT, and if found successful they are provided with certificate issued by the NCVT.

The candidates who successfully completed Apprenticeship Training in various Railway Installations used to be absorbed in the Railways against Safety Category vacancies on proper scrutiny of their training record as well as academic certificates. Quite a good lot of such Course Completed Railway Act Apprentices have been given regular appointment in the Railways, and they have proved their worth because of having acquired adequate technical knowledge and operational system of the Railways and rendering satisfactory services to the Indian Railways.

It is worth mentioning here that the Central Government, while amending Section 22, Sub-section(1) of the Apprentices Act, 1961, notified vide Gazette Notification No.S.O.3238(E) dated 18th December, 2014 of the Ministry of Labour and Employment, has made a provision that the establishments where candidates undergoing Apprenticeship Training, under the provision of this Act, can make provision for regular appointment of such candidates on successful completion of training in their respective establishments. Railway Board accordingly issued RBE No.71/2016(letter No.E(NG)II/2016/RR-1/8) dated 21.06.2016, circulating Railway Board’s orders, whereby 20% of the vacancies of Direct Recruitment have been earmarked for absorption/recruitment of Course Completed Railway Act Apprentices. Regrettably, they are being subjected to same type of Written Examination/PET Test meant for appointment from Open Market against Direct Recruitment Quota Vacancies.

In this connection, it would not be out of context to mention that, these Course Completed Railway Act Apprentices, who have undergone training in various Railway Installations, acquire remarkable technical knowhow and Railway Working, which is quite useful and helpful while performing Railway Duty on recruitment/absorption of the Act Apprentices. Apart from this, they are also subjected to various tests at different stages of their training while undergoing Apprenticeship Training in Railway Establishment, and finally RDVT also conduct final examination on completion of their training for NCVT Certificate. As such, subjecting them to Written Examination and PET etc. on par with the candidates to be recruited from Open Market is neither justified nor logical.

It would, therefore, be quite appropriate that, their knowledge should be separately adjudged by holding Trade Test, like Screening, to recruit/absorb them in the Railway Services against 20% Quota reserved for them at the Divisional/Workshop/Zonal and Production Unit level.

Here it is also worth-mentioning that, this issue had been discussed in the 48th meeting of the NC/JCM,  held on 26.06.2021, under the Chairmanship of the Cabinet Secretary, wherein Chairman, Railway Board, had given assurance that this issue would be resolved locally at the Railway Board level in consultation with the Recognised Federations. Thereafter, the issue had again been discussed in the DC/JCM Meeting, held on 5-6.10.2021, under the Chairmanship of Chairman & CEO, Railway Board and subsequently in the PNM Meeting of AIRF with the Railway Board, held on 17-18.11.2021, wherein it was assured to the Staff Side that, 20% vacancies in Level-1(GP Rs.1800) would be filled by Course Completed Railway Act Apprentices by taking their Skill Test.

Railway Board should also appreciate that they have given appointment to Course Completed Railway Act Apprentices to the tune of more than 60,000 throughout the Indian Railways earlier during the tenure of Late Shri Ram Vilas Paswan, Shri Nitish Kumar, Shri Lalu Prasad, Ms Mamata Banerjee, Shri Dinesh Trivedi, Shri Mukul Roy, Late Shri Ram Naik, Shri Mallikarjun Kharge and Shri Suresh Prabhu as Minister for Railways. Therefore, it is quite unfair to say that, these Course Completed Railway Act Apprentices want something which has not been held in the past. Moreover, above recruitments have never been violative to the constitutional provisions or decision of Hon’ble Supreme Court.

In view of the foregoing, AIRF requests that the system of recruitment of the Course Completed Railway Act Apprentices, as was in vogue prior to issue of RBE No.71/2016, should be restored and necessary instructions in this regard be issued at the earliest.

√Copy to: GSs, All Affiliated Unions – For information.

Abolishing National Pension System(NPS) from the Railway System – Feedback of the meeting held with Hon’ble Minister for Railways on 23.12.2015