MINISTRY OF PERSONNEL, PUBLIC GRIEVANCES AND PENSIONS
(Department of Personnel and Training)
NOTIFICATION

iii) it shall not ordinarily be granted during the probation period except in case of certain extreme situations where the leave sanctioning authority is satisfied about the need of child care leave to the probationer, provided that the period for which such leave is sanctioned is minimal.
(iv) child care leave may not be granted for a period less than five days at a time.
(4) During the period of child care leave, a female Government servant and a single male Government servant shall be paid one hundred percent of the salary for the first three hundred and sixty five days, and at eighty percent of the salary for the next three hundred and sixty five days.
Explanation.—Single Male Government Servant’ means – an unmarried or widower or divorcee Government servant.”;
(D) for rule 44, the following rule shall be substituted, namely:-
“44. Work Related Illness and Injury Leave:-
The authority competent to grant leave may grant Work Related Illness and Injury Leave ( herein after referred to as WRIIL) to a Government servant (whether permanent or temporary), who suffers illness or injury that is attributable to or aggravated in the performance of her or his official duties or in consequence of her or his official position subject to the provisions contained in sub-rule (1) of rule 19 of these rules, on the following conditions, namely :
(1) Full pay and allowances shall be granted to all employees during the entire period of hospitalisation on account of WRIIL.
(2) Beyond hospitalization, WRIIL shall be governed as follows:
(a) A Government servant (other than a military officer) full pay and allowances for the six months immediately following hospitalisation and Half Pay for twelve months beyond the said period of six months. The Half Pay period may be commuted to full pay with corresponding number of days of Half Pay Leave debited from the employees leave account.
(b) For officers of Central Armed Police Forces full pay and allowances for six months immediately following the hospitalisation and full pay only for the next twenty four months.
(c) For personnel below the rank of officer of the Central Armed Police Forces full pay and allowances, with no limit regarding period.
(3) In the case of persons to whom the Workmen’s Compensation Act, 1923 applies, the amount of leave salary payable under WRIIL shall be reduced by the amount of compensation paid under the Act.
(4) No Earned Leave or Half Pay Leave shall be credited during the period that employee is on WRIIL.”.
(E) rules 45 and 46 shall be omitted. 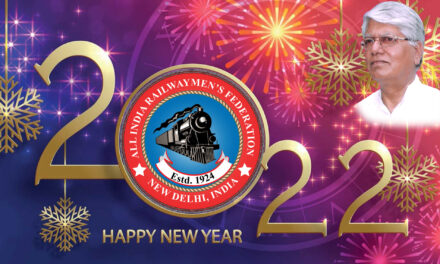